Program: County Executive Sam Page will present an update on the state of the County.

Rich Unverferth, Director of    Engineering for MSD, had been invited to discuss the upcoming $500 million bond issue vote for MSD. Mr. Unverferth indicated that the District is under a $6  billion consent decree to clean up waste water by reducing sewer overflows.  1/3 of the work has been completed and a bond    issue has been proposed to help complete more of the remaining work. The plan involves eliminating 50 sewer overflows, and building 60 miles of wastewater sewers, including a tunnel from Fenton to the lower Meramec River treatment plant. MSD will also inspect 60,000 manholes and upgrade incinerators. Past bond refinancing has saved over $110 million. The current proposal is a cheaper alternative than pay as you go construction.  MSD is also utilizing new technology to help reduce costs.

Also on the program was Loran Vaughn from the Behavioral Health Network, who addressed  the membership regarding the upcoming 2010 census. Ms. Vaughn said that her agency had received a grant to help work with the community to ensure a more accurate census count. Mail invitations will be sent to residents in mid-March with the opportunity to respond to the census by email, phone or mail. There are only 9 questions on the census for demographics but this information is extremely important for the distribution of federal funds. These average $1300 per person, per year or $13,000 until the next  census. Ms. Vaughn noted that her office is available to send speakers to groups with populations who may have issues of concerns over the census. She thanked League members for their active roles in their communities.

The membership unanimously approved an amendment to the  bylaws which will increase the number of elected board members to nine from seven. It also allow for removal of board members who have excessive unexcused absences from board meetings. A committee will be appointed to conduct a full review of the bylaws, which has not been done in many years.

We would like to thank Mayor Mike Wilcox and the officers and employees of the City of Glendale who hosted the meeting at their beautifully refurbished city hall.

August 10, 2021, will mark the two hundredth anniversary of Missouri’s entry as the 24th state to enter the United States. A state with many different regional cultures, geographies, and  industries, each Missouri community, county, and region has a story to tell about its people, their history, their commerce, and their culture. By celebrating the accomplishments and diversity of all these regions, we help    create a better understanding of our one Missouri and the ties that bind us together.

A successful commemoration of Missouri’s two hundredth year will engage all 114 counties and the City of St. Louis in a meaningful look at the Show-Me State’s past, present, and future.  Missourians will reflect on the events that have shaped their communities, counties, regions, and the entire State, while starting a new  chapter in its’ unique history.

While a time of celebration, it is also a time to reflect and to build a strong future for the State, setting the course for Missouri’s next 200 years.

There are a number of ways to be a part of the  Missouri Bicentennial:

Stay Informed on the planning progress by signing up for email updates.

Share Feedback on the best ways to interpret and commemorate 200 years of Missouri      history through the idea submission form.

Join the Conversation on social media through the Missouri 2021 Facebook page.

View pictures from our travels around the state on Instagram.

The League’s Nominating Committee will meet in early April after the municipal elections. The committee will make recommendations to the full membership on a slate of candidates for officers and board members for the 2020—2021 year. There will be at least 5 vacancies on the Board to be filled.

The Board meets about nine times per year and is open to any elected official from a member municipality. If you would like to be considered by the Committee, please send a letter to the League office by April 1 indicating your interest and outlining your qualifications, including service on committees and attendance at League meetings or other events.

The Committee will be chaired by Norm McCourt, Immediate Past President. The recommended slate of candidates will be presented at the April meeting. If you are interested in serving on the Board please let us know!

Video Franchise Fee Reduction
On Tuesday February 25 the House Utilities Committee held a hearing on HB 2182, repeal of the Uniform Small Wireless Facility Deployment Act, that is set to expire January 1, 2021. The bill is sponsored by Representative Rocky Miller (Lake Ozark).  The cable industry spoke for informational purposes only encouraging the committee to amend HB 2182 by adding the video franchise and linear foot fee language found in SB 526 and HB 2091. The House version of SB 526, HB 2091 has not been referred to a committee by Speaker Haahr. Oppose SB 526 and HB 2091.

Wayfair Legislation— Collection of tax on Out-of-State Purchases
There are a number of bills related to Wayfair in both the House and Senate.  Senator Andrew Koenig’s (Manchester) SS SCS SB 648 is getting the most traction which includes a tax rollback prevision.  At this time we expect a floor amendment to remove the rollback provision. Language to improve the clarity of the local use tax ballot is included in SS SCS SB 648 and in SB 652, a standalone bill sponsored by Senator Sandy Crawford (Buffalo). SB 652 was voted out of the Senate Local Government Committee February 25 with a “Do Pass” recommendation.

The count is mandated by the Constitution and conducted by the U.S. Census Bureau, a nonpartisan government agency. The 2020 Census counts the population in all 50 states, the District of Columbia, and five U.S. territories (Puerto Rico, American Samoa, the      Commonwealth of the Northern Mariana Islands, Guam, and the U.S. Virgin Islands). Each home will receive an invitation to respond to a short questionnaire—online, by phone, or by mail.

Why We Conduct This Count

The census provides critical data that lawmakers, business owners, teachers, and many others use to provide daily services, products, and support for you and your community. Every year, billions of dollars in  federal funding go to hospitals, fire departments, schools, roads, and other resources based on census data.

Participating in the census is required by law, even if you recently completed another survey from the Census Bureau. A complete and accurate count is critical for you and your community, because the results of the 2020 Census will  affect  community funding, congressional representation, and more.

Get Involved with Census 2020 in St. Louis County

The 2020 Census provides an opportunity for everyone to be counted. Everyone can play a role in educating and motivating residents to participate in the 2020 Census- state and local government, community-based organizations, faith-based groups, schools, businesses, the media, and YOU! Check out the list below to find an organization in your area that you can get involved in.

For More Information and to Learn How You Can Get Involved

Director for the Office of

The Metropolitan St. Louis Sewer District (MSD Project Clear or MSDPC) is asking voters in St. Louis and St. Louis County to make a decision that will impact wastewater rates in the region. Proposition Y, on the April 7 ballot, will determine how MSDPC funds $1.58 billion worth of capital improvements over a four year period from July, 2020 to June, 2024.

A ‘yes’ vote gives MSDPC the ability to issue $500,000,000 in bonds to fund some of the work, and repay the debt over a 20 to 30 year period.  A ‘no’ vote means MSDPC will pay for the work as it’s done.  As the table below shows, either option will impact wastewater rates in MSD Project Clear’s service area. 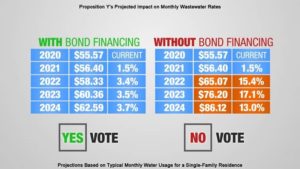 How can I find out more?

MSD Project Clear will be hosting several informational meetings prior to the April 7 vote. We ask voters who are interested in learning more to attend one of those meetings.

If you are unable to attend one of these meetings but would like to participate, a live stream of the March 11, 2020 meeting will be available at www.facebook.com/msdprojectclear

The Fundamentals of Economic Development Chancellor’s Certificate consists of seven, three-hour modules covering economic and community development concepts and tools. Course modules will be held Thursday evenings from 6 to 9 p.m., April 2 to May 21. Modules will take place at UMSL at Grand Center and will also include at least two site visits. Public sector economic development commissioners and staff, elected officials, private sector specialists, and citizens and students  interested in economic/community development are encouraged to enroll.

The course is offered by the University of Missouri-St. Louis Public Policy Administration Program and the Urban Land Institute-St. Louis. It is supported by Community Builders Network and is a companion   offering to the Chancellor’s Certificate in Fundamentals of Planning and   Zoning offered by East-West Gateway Council of Governments and the American Planning Association St. Louis Metro Section. Earn a noncredit UMSL Chancellor’s Certificate by    completing six of seven modules or you may sign up for individual modules. Learn more and register >